On two November, the transition of the Zaporozhye nuclear power plant under the jurisdiction of the Russian company Rosenergoatom began; in Energodar, the mayor of the city said that a gradual connection of residential buildings and social facilities to the gas supply system would begin on 3 November.

Meanwhile in Kiev, long queues for water supply are observed in several districts. And again on two November, starting at 6 a.m., time slots were introduced for energy distribution in the central (Kiev regions, Kiev city, Chernihiv, Cherkasy and Zhytomyr) and northern (Sumy, Kharkiv and Poltava regions) regions. On 1 November at 19:00 Kiev was in darkness after Russian air strikes.

Also the Russians continue to enhance their satellite tracking by launching a Soyuz-2.1b carrier rocket with a military satellite into orbit from Plesetsk, the Ministry of Defence of the Russian Federation reported. The Soyuz-2-1b launcher launched the Unified Space System’s Kupol spacecraft into orbit and is designed to detect missile launches.

At the 2 November Russia-Belarus military summit meeting, Russian Defence Minister Sergey Shoigu reported that the NATO grouping near Russia’s borders has grown 2.5 times since February, exceeding 30,000 people, in the near future it may increase even more. NATO, the Russian minister recalled, is creating new multinational battalion battle groups in Europe in Bulgaria, Hungary, Romania, and Slovakia. According to Shoigu: ‘The confrontation between Russia and the West is intensifying’.

Not only that, again Russian sources say that at the end of a series of Turkey-Russia talks, and after the Ukrainian submission of written assurances on the safety of the grain corridor on 18 November, ships loaded with grain will be allowed to put to sea again. Moscow claims to have evidence that the British were behind the attack on Sevastopol. Moscow’s first reaction to the participation of British specialists in the preparation and organisation of a Ukrainian drone attack in Sevastopol waters was that the British ambassador to Moscow was summoned to the Russian Foreign Ministry. Moscow will present the British ambassador with materials and evidence about London’s involvement in the Sevastopol attack.

The news channel ‘Militarist’ writes that the British-flagged bulk carrier Puma has been in Odessa since 17 October. There is a very high probability for the Russians that this ship is more directly connected to the attack on the Sevastopol roadstead.

On the eve of the Day of National Unity in the Federation Council, a solemn ceremony was held to install the flags of the new constituent entities of the Russian Federation: the Donetsk and Lugansk People’s Republics, the Zaporozhye and Kherson regions.

At the front, the battles continue. As of 6 November, there will be a forced evacuation of residents in the Kachovka district of the Kherson region.

According to Acting Head of the Republic Denis Pushilin, Donbass forces and the Russians are rejecting the line of contact, which deprives the Ukrainian army of the opportunity to bomb DPR settlements.

At 12.32pm on 2 November in the direction of Liman, Russian troops fired on the Ukrainian Armed Forces with long-range artillery, assault and army aviation on distant approaches. Attempts by the Ukrainian Armed Forces to attack in the direction of the Makiivka, Ploshchanka and Chervonopivka settlements of the Luhansk People’s Republic were thwarted.

In the Mykolaïv-Kryvyj Rih direction, Russian troops are defending and repelling the Ukrainian Armed Forces.

In the morning of 2 November, the Ukrainian Armed Forces fired artillery at the border village of Guevo in the Sudza district. Five people were injured, including three children. All were taken to hospital, they would not be serious. Damage is reported to houses and infrastructure

Also on the morning of the second morning, shelling of Ukrainian Armed Forces strongholds in the direction of Avdiivka with Krasnopol-guided 152mm shells was reported.

Russian troops inflicted a defeat on a group of Ukrainian militants who acted together with foreign mercenaries in the Kuzemivka area. Russian artillery fire hit the Ukrainian military in the area of Chervonopopivka and Makiivka, where the enemy tried to go on the offensive.

Donetsk direction
Russian forces carried out an offensive in the Novoselivka area and the positions of the Ukrainian militants were taken. During the assault, a large number of weapons were seized and prisoners were taken.

Vuhledar direction
Heavy fighting continues in Pavlivka. The Russian forces are trying to control the area that is still mostly under their control. Repelling Ukrainian offensive. There is reportedly fighting in the area of the highway to Ugledar. Russian troops are trying to keep it under fire, thus complicating the logistical communications of the Ukrainian armed forces.

Cherson direction
Today, the Cherson and Zaporozhye directions are relatively calm. The Ukrainian Armed Forces only carry out attacks in small towns.

As if all this were not enough, online, videos of Ukrainian ‘rebels’ began to appear promising reprisals against the Kiev government and Russia. 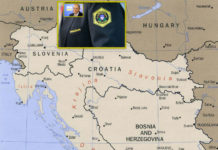 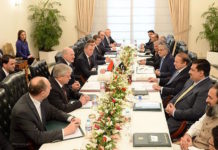