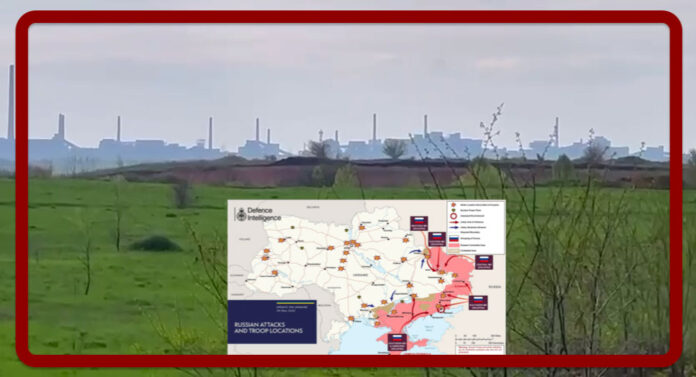 Yet another “cauldron” is located in the city of Avdiïvka, a town in eastern Ukraine located in the Donestk oblast and Pokrovs’k district. It is also located on an important route for the protection of the settlements of Novoselovka, Novoselovka Vtoraya, Verkhnetoretskoye.

As of 6 May, on the chats of motorists who travel to Russia every day for work, one reads: at 08.03, ‘Residents of Horlivka are reporting multiple fires and smoke in the direction of Avdiivka, be careful’, and the next day at 07.43, on the same chats one reads: ‘Shrapnel is said to be falling on Shakhtersk after an object in the sky was shot down by DNR air defence vehicles. A reminder that shrapnel is also a danger. Extreme caution must be exercised. The sooner the Avdiivka cauldron is closed, the more the Ukrainians will attack the air, they will be very aggressive. So heed our warning, holidays are in sight, stay indoors if possible, and in case of bombing, do not leave the shelters.”

On May 5, Izvestia correspondent Valentin Trushnin from the positions of the Pyatnashka battalion near Avdiïvka in the DNR said: ‘The militiamen showed me their observation post, from where you can see the industrial zone of Avdiïvka – one of the most powerful strongholds of the Ukrainian army in the Donbass – and it is clearly visible.’ According to a statement collected by the journalist, a militiaman said: ‘It takes five minutes to bomb everything, but you can’t: there is a filtering station in these buildings, which supplies water to the Donetsk People’s Republic among others, and you can’t bomb it, only storm it’.

On 8 May, Ukrainian positions bombed those in Donesk and from 9 May, the tam tam of news from Avdiïvka’s cauldron began. On his personal chat, a Donbass artilleryman called Ivan reads: “The situation on the Avdiivka front is tense. The infantry is slowly gaining ground – we are covering”. Leading the operations on the part of the separatist republics of the Donbass and the Russians is the 100th Brigade and Somalia. And the network operation is called Avdiïvka Caldaia, exactly like the one in Mariupol, where the city was divided n cauldrons and now the Azvostal cauldron remains open.

Also on the day of 9 May, thanks to images from the Matrix rtx 300 drone, it is possible to observe artillery fire on Ukrainian strongholds in the direction of Avdiivka. On the same day, the Ukrainian General Staff posted a map of combat operations in Ukraine published by the UK Ministry of Defence (photo), where, among other things, it is noted that in the direction of Avdiivka the Ukrainian army is trying to improve the tactical situation in the areas of Novoselovka, Novoselovka II, Verkhnetoretskoye. Combat operations continue.

As of 10 May on the Russian social sphere it is stated that: “Militants (Azov and allies) are first seen fleeing to the end of their trench and taking defensive positions, before firing small arms and RPGs at Somalia fighters advancing on them. Despite their numerical advantage, wounded and bruised as a result of the Somalia assault, as well as the shelling of the 100th Brigade and Russian Armed Forces units, the Ukrainian military surrendered their stronghold and retreated.” According to the Russians near Avdiivka they took the positions of the 25th Ukrainian Brigade.

In the late morning of 10 May the usual chats of motorists narrated: “11.27 – Once again. There have been two warnings from our sources at the front. The week ahead will be very busy. Please – try as much as possible to avoid large crowds of people, do not leave the house unnecessarily, keep an eye on the sky – the faster the cauldron of Avdiivka will collapse – the more the enemy will attack the sky. In case of bombardment, take cover and stay inside for about 40 minutes because the bombardment may resume.”

And if the Russians are approaching the city thanks to the Somalia battalion of the Donbass, which reports that they have ‘destroyed at least 2 platoons of enemy men in the direction of Avdiivka in the last 3 days together with the 100th and 3rd brigades of the DNR and with the support of the marines of the Northern Fleet’, At the moment, it is not possible to verify the information, there will remain the knot of the Avdiivka Coke Plant steel mills, also owned by Rinat Leonidovič Achmetov, the same as Azvostal, which since 2014, with the loss of control over the Donbass, has seen its economic power decrease by up to a third while remaining the richest man in Ukraine.

Just like in Azvostal, in the Avdiivka Coke Plant the Azov fighters have established their strongholds, not only that, they manage the distribution of water in the whole region. On the 3rd of May, the outside of the plant was bombed. Ten people were killed and 15 wounded. It seems they were workers at the end of their shift. According to military analysts in the social sphere, the Avdiivka fortress awaits the fate of Azovstal and would be the most fortified industrial zone in the world. And it is expected exactly as in Azvostal that once the Russians have taken the city they will surround the industrial plant and wait for the surrender because at that point, nothing will enter or leave the plant without the approval of the Russian forces. 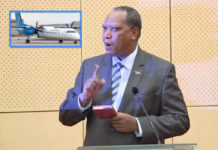 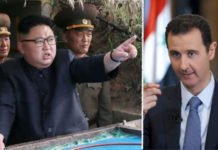