Russian President Vladimir Putin announced in his end-of-year speech before defence summits in Moscow that his country will raise the combat readiness of its ‘nuclear triad’, after warning of the growing danger of nuclear war amid tensions between Russia and the West over the war in Ukraine.

Putin pledged to develop hypersonic weapons ‘unmatched in the world’ as part of a plan to strengthen strategic weapons, noting in this context that two missile models, ‘Sarmat’ and ‘Zircon’, will enter service.

Before then, the Russian president confirmed that Moscow might add to its military doctrine the possibility of directing a pre-emptive nuclear first strike to disarm its adversary.

The nuclear triad is a term that refers to the 3 launching means that most nuclear powers possess, through which nuclear strikes, both pre-emptive and in response to an attack, can be launched from land, sea and air, in particular from ballistic missiles, submarines and bombers.

In 2019, a Princeton University study, requested by the anti-nuclear organisation ICAN, predicted that in the event of a nuclear war between Russia and America, 34 million people would be killed and 57 million injured in the first hours of the confrontation.

The characteristics of Russia’s nuclear triad are according to the US Center for Nuclear Non-Proliferation report as follows:

Nuclear air force. Russia has some 68 long-range heavy hypersonic bombers in its nuclear air fleet, including several versions developed by Tupolev, including the Tu-160 Blackjack and the Tu-85MS (Bear H) (Tu-85MS), the second class making up the bulk of the fleet. One bomber can carry up to 16 Soviet-made HK-55 missiles and all of these launchers can carry 700 nuclear warheads. Russia is working to modernise its airborne nuclear force by introducing bomber-launched nuclear cruise missiles.

Naval nuclear force. The Russian Navy’s nuclear force includes 11 nuclear submarines designed to launch ballistic missiles that can be equipped with nuclear warheads. Active submarines such as the Bulava SS-N-32 can each carry 16 ballistic missiles, and in total are capable of carrying 624 nuclear warheads. Last July, the Russian Navy received the ‘Belgorod Kay-329’ submarine, which is the largest nuclear submarine built in 30 years, according to the US Naval Institute. Russian sources attribute enormous destructive nuclear capabilities to this submarine, including the generation of tsunami radiation waves more than half a kilometre high. Another 10 Borei submarines are being modernised and their development is expected to be completed in 2027, but implementation is facing a shortage of resources. Russia has 26 other nuclear-powered submarines that can strike with different types of conventional cruise missiles.

Nuclear missile force. Russia is believed to have 306 intercontinental missiles that can carry up to 1185 nuclear warheads and are capable of striking faraway places, including US territory. One of the most important of these missiles is the Topol-M, which has a range of 11,000 km, and Yars, which has a range of 12,000 km, both capable of carrying several nuclear warheads. Russia is currently developing hypersonic missiles that can carry nuclear warheads such as Sarmat and Avangard, and Russian officials claim that some of them cannot be intercepted.

Some estimates say that the Sarmat missile could have a range of 35,000 km. Earlier this year, the Russian military conducted a test of this missile, and Russian media claimed that it flew about 6,000 km inside Russia before hitting the specified target. 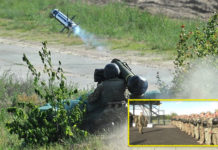 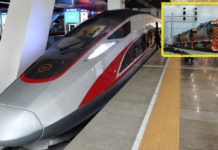 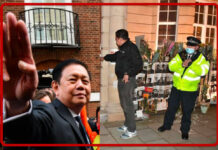