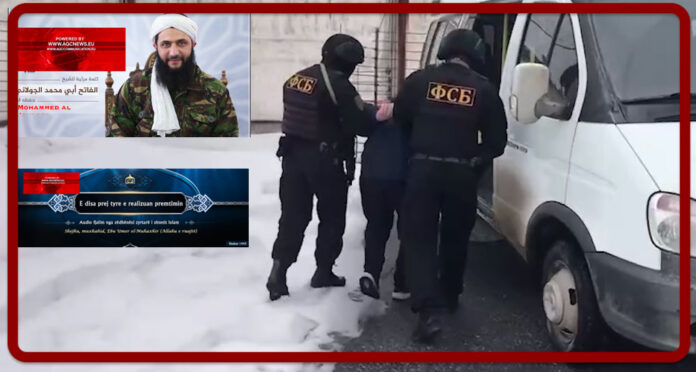 Agents of the Russian FSB intervened in several Russian regions on 1 April and arrested ten accomplices of the group ‘Hayat Tahrir ash Sham’ planning to carry out terrorist attacks.

It is reported that the arrested are all natives of the former Soviet republics. The arrests took place on the territory of the republics of Bashkortostan, Dagestan, Ingushetia, the Krasnodar Territory, and the regions of Astrakhan, Volgograd, Novosibirsk, Tula, and Tyumen. A total of 10 members of the international terrorist organisation Hayat Tahrir ash Sham, currently operating in Syria, were arrested. HTS is very close to Turkey and has undergone numerous transformations over the years, its proximity being the only common denominator given the group’s name change: leader Mohammed al Joulani went from al Qaeda to ISIS and then broke away from both to create his own group financed from time to time by various foreign organisations.

Under the direction of the terrorist leadership, the 10 arrested created a dense inter-regional network for the collection, accumulation and transfer of funds to accounts and bank cards in the name of third parties. In the future, the money received in the form of charity would have been destined for the needs of militants located in the Idlib area, an area controlled by HTS terrorists, in the Syrian Arab Republic.

The FSB operation and the arrests come at a very particular time when not only in Russia but also in the West there is a risk of attacks by another Daesh terrorist group. With the attacks of recent days in Israel, three of which were claimed by Daesh, ISIS has explained on its social network that it has launched its campaign of attacks to be carried out in the month of Ramadan, which takes its name from an old Daesh format: Die in your Rage.

It is therefore expected that in some areas where the terrorist group has never disappeared: Syria, Iraq, the Sinai region of the Sahel, West and East Africa there will be a series of attacks. To these could be added others threatened in the West either to free prisoners or to terrorise the population.

These threats were preceded by a series of translations into at least 15 different languages, including Albanian, of the last speech by Daesh spokesman Abu Umar al Mujahir, in which he called for the prisoners to be freed by all means. 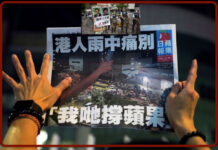 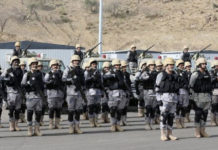