ITALY – Rimini. On 10th November 2012 finished Ecomondo Fair, the event where Italian companies show their products and technologies over green economy and sustainable development. The Organization of the fair has wrote on the official site that this year the event registered an increment of visitors (84.351 visitors, 11% more than the last year).

Green economy starts to gain importance into Italian market: from 17th to 25th of November in Italy will be held European Week for Waste Reduction (EWWR) organized to promote sustainable actions.

Ecomondo Fair offered to its visitors the possibility to follow presentations, courses, to meet with entrepreneurs andto understand the different process of waste recycling and alternative energy production.

Even if more visitors came to the fair than 2011, this year Ecomondo seemed static and oriented only for Italian and Europe market; only few company during their presentations and during the interviews showed interests and the development of projects and relationships with foreign countries and partners.

According to the information of the CONAI (Italy´s National Packaging Consortium), in the course of 2011 in Italy 73.7% of steel, aluminium, papers, wood, plastic and glass packaging waste was recovered and recycled, the equivalent of 8,596,000 tons recovered out of the 11,657,000 tons put on the market. Compared to the previous year, there was an increase of 22%. Therefore 3/4 of the packaging is currently sent for recovery, definitely a positive result, if one considers that in 1998 only 1/3 was.

The recycling industry thus confirms its role as one of the main sectors of the green economy, coming second in 2011 only to the renewable energy sector and first in 2012. The value of the production of the induced activity and the recycling industry was equivalent to 0.61% of Italy´s GDP in 2011.
The total workforce of the waste management sector, according to ISTAT figures, is approximately 100,000. On the other hand, those working in the waste collection and recycling sector alone total over 36,000. 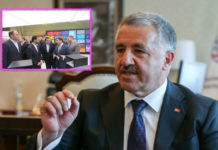 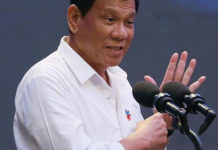