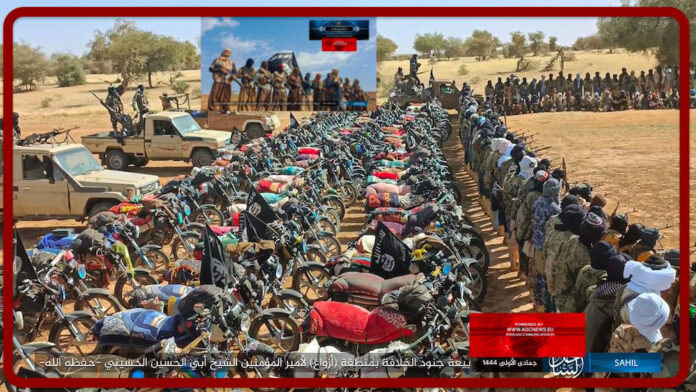 The promotion of an upcoming video by the official production house of audio speeches Al-Furqan Media began on the social sphere related to the Islamic State from November 30th. The Audio was then posted by the Daesh social sphere on December 1 and contained a speech by the official spokesman of the Islamic State Abu Omar al-Muhajir, who precisely announces the death of the Caliph of DAESH Abu al-Hasan al-Hashimi al-Quraishi and announces the appointment as new Caliph of Abu al-Hussein al-Husseini al-Quraishi.

According to official data, the Caliph was killed around 10 October at the hands of a US air attack on Daraa, in Syria where a clash was also underway between Daesh and groups close to al Qaeda and Turkey.

Among al-Mujahir’s proclamations is the request to all fighters to take an oath of allegiance to the new Caliph, the bai’ah, an action without which the validation of the new Caliph does not take place or which, in case of refusal, would lead to an internal split. According to the analysis of the AGC COMMUNICATION TEAM, about 15 oaths by fighters from all over the world are expected.

The response of the members of the DAESH terrorist movement is immediate online. 9 wilayat, or provinces according to the definition of Daesh, have already taken the oath by sending photos or videos of their oath of allegiance. Of greatest interest are the bai’ahs from Africa. Continent where the fighting adherents of ISIS start. Being numerically important. West Africa (ISWAP), for example, is divided into six different areas: Sambisa (Borno); al-Buhaira (area of the lakes of Borno state bordering Chad.); al-Faruq; Banki (State of Borno bordering Cameroon); Kirinawa; Wajiroko (Borno); Central Nigeria.

The addition of these internal subdivisions to the West African wilayat shows the strengthening of the Islamic State on the territory, both in terms of the increase in the number of members and for a greater capacity to administer the territory. Furthermore, from a comparison of the photographic reports, it is evident that, with respect to the oath to the previous Caliph, the Banki area has reached similar levels, as regards the number of militiamen and military equipment, to the other areas (in the bai’ah preceding the The Banki area featured poorer equipped and weaponized militiamen, with young fighters and no clothing appropriate for battle). The Kirinawa area, and the two new areas of Wajiroko and Central Nigeria, are at similar levels as regards the number of militiamen present; however, they demonstrate an inferior military capability. In fact, what is striking about the areas of Sambisa, al-Buahria, al-Faruq and Banki is the presence of numerous military vehicles, including armored vehicles. In general, from the photographic reports it is evident that, compared to the previous oath, the wilayat of West Africa has increased its size and military capabilities, furthermore the introduction of two new internal subdivisions suggests that the administrative capacity of the Islamic State has also increased in Nigerian territory.

But the most relevant aspect comes from the social sphere. Never as in these new oaths has there been an oath of single people, or rather of online profiles. Social channels have been created precisely to bear witness to the “faith in Daesh” profiles which, if intercepted and corresponding to real people, could over time become the lone wolves of tomorrow, ready to intervene throughout the world.

A rischio i negoziati di pace in Sud Sudan 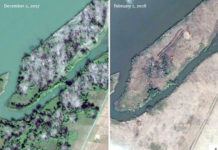 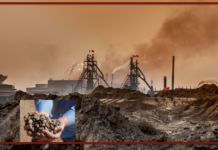