IRAN – Tehran – Iranian Head of Iran-Armenia Parliamentary Friendship Group, Ali Kaidi said that relationships and ties between Iran and Armenia are really strong at the moment and should be improve and expand.

IRNA, the Iranian State owned press agency, reported that Kaidi during the meeting with the Armenian Ambassador in Iran, Mr. Gregor Araklian, has stressed the need for further improvement of bilateral ties between the countries. Relationship between Armenia and Iran are really strong and could count on a common historical and cultural heritage.

Kaidi reported that the Majlis, the Iranian Parliament, supports the efforts made to enhance and implement the development of bilateral ties, especially in parliamentary and intergovernmental sectors.

This “new” friendships between Iran and Armenia could represent a threat for Turkey and Azerbaijan, old Armenian enemies. Conflicts and tensions between Armenia and Azerbaijan has born over Nagorno-Karabakh and continue to represent a menace to stability and security in Caucasian region. In October, Azerbaijan has accused Tehran to help Armenian side through supply of energy and gas (see the  article on AGC Communication – Rapporti tesi tra Azerbaijan ed Iran,in Italian).

Turkey has a different situation with Iran: their relationship are really friendly in the past but actually Syrian crisis divided this two nations: Ahmadinejad continues to support Assad and its regime and continues to send weapon to Damascus while Turkey continue its tensions with Syria at the border after the last October events. Relationships and ties between these countries are decreased after EU sanctions when Turkey has decided to “leave” Iran and put its attention on Saudi oil and resources. 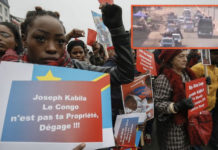