ITALY – Pisa. The twenty days training exercise “Eagle Eye” took end in Pisa last April 3rd. The training was declared concluded during the most important ceremony for the Italian paratroopers: the award of the Paratrooper commission.

“Eagle Eye” is a new and important trainging exercise that involved Italian and British units for twenty days in the Pisa’s Paratroops Training Center. The operation implemented the development, the coordination and the integration of 300 soldiers of several Italian and  British unit. Thanks to the Italian 46th Aerial Brigade’s effort, members of the British 16th Air Assault Brigade, of the Italian Folgore and of the Italian 3rd “Savoia Cavalleria” Regiment worked together to deepen their mutual knowledge.

This kind of training’s focus is to implement the inter-forces training and to develop a growing interoperability between NATO’s forces. More precisely, the training core was to develop reconnaissance capabilities and particularly to test “Intelligence, Surveillance, Target Acquisition, and Reconnaissance – ISTAR capabilities and share techniques and tactics”. The training took part between Pisa and some territories near Rome, as Monte Romano, one of the Italian Army’s shooting range camp, where both forces have “to assault a simulated terrorist camp”.

Commenting  the exercise, on the British Army website, 3 PARA captain Ben Neary said it validated the soldier’s capabilities to gather and act on intelligence, which serves as basis for success of any operation.

«The success of any operation is down to the intelligence that the plan is built around and this exercise has been about testing our capabilities to gather and act on information. I command  ’s patrols platoon and our role is to put troops just ahead of the main force to learn about enemy movements and the ground conditions.

It’s been a great experience to share our skills with Italian paratroopers. After a long operation in Afghanistan, both armies are regenerating the specialist capabilities of their airborne forces to be ready for future operations. The Italians have been humble in asking for our advice, but they’re very capable and it’s been more of an exchange of ideas» Neary said.

Captain Bruno Ambrosini, of the Italian Savoia Cavalleria Regiment, worked with D Sqn HCR as his unit is changing to perform the same airborne cavalry role. Ambrosini said: «It’s been very hard training but an excellent opportunity to learn from the British, who are NATO allies we have served alongside on operations (…)  It’s really good to exchange procedures and knowledge in training, so we can successfully develop our forces and work better with the British in the future». 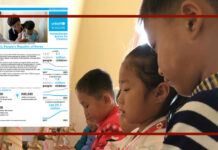 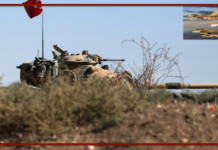 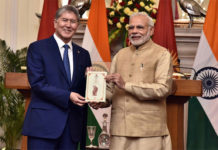