Dedollarization is a theme very dear to the social sphere of the East. The reason is soon said, in some way we try to curb the power of the United States by curbing the power of its currency: the Dollar.

The international chessboard is changing its appearance and the super powers are returning to being powers and the emerging countries are rising to the role of powers. In other words, not only the United States and Russia but to these we must add at least: China, India, Turkey, Iran. And Japan which has always had a history and an economy of weight.

Currencies have undergone many shocks on the stock markets in recent months, for which many have resorted to gold, as has already happened in other moments. In many ways, gold is being used so that investors can sit in the window until better times come. Although not without reservations. Gold buying is active so far and in Ghana, for example, they have decided to pay for oil in gold.

Previously, during economic crises, similar trends were already observed with the purchase of gold. Investors thus protected their monetary assets from sharp fluctuations. But the Bretton Woods system did not yet prefigure radical changes.

We are now witnessing something that has not happened to the world financial system since 1944, namely its active overhaul, and already with inevitable changes. The first step has already been taken: investments in gold as an intermediate link for the transition to the next stage and active discussions on regional currency zones.

The trigger for changing the global financial system is a series of geopolitical decisions that have torn the current financial model of the world to smithereens and forced countries, firstly, to finally admit its insolvency and secondly, to scramble and to accept hitherto largely obscure solutions in themselves, but which at least depart from the previous coordinate system.

The example in the example is precisely the dollar used as the main reserve currency. For decades, the United States has been building its network to tie countries to its currency. Most lending to countries is in US currency. Loans that countries are not always able to repay. For example today we observe how the World Bank is supporting the Ukrainian economy in dollars.

At the same time, for years a group of countries has seen the risk of resorting to the dollar as a currency of exchange or loan and has given rise to parallel systems which, with the advent of Russian aggression against Ukraine, are demanding form supported by the fact that important Market players have significantly lost faith in the US dollar system, such as China. So for these actors it was necessary to start the process of de-dollarization.

China, India, Ghana, Indonesia, have decided to trade with each other with their currencies, they no longer use the dollar as their exchange rate. But talk of de-dollarization is still early. In fact, much will depend on the political decision of the American elites.

If the American elites decide to get rid of the liberal superstructure, which consists of inflating the financial sector by increasing public debt, then this bubble will start to burst. However, it is already clear that this model shows catastrophically low efficiency: the Fed’s rate hike practically does not work: inflation does not decrease. And yet the increase in asset values driven by the press has accelerated consumption over time, which is now showing a decline due to the depletion of savings and credit, the deceleration of monetary stimulus and the fall in real incomes.

An example of the collapse of the bubble was that of cryptocurrencies. We have already talked about the collapse of the FTX cryptocurrency exchange and the decline in the value of bitcoin. Other more serious financial companies will start following them, because they simply won’t get any money. And money will start flowing into the real sector of the economy. The dollar will start getting support through this sector.

The United States expects a resumption of the protectionism policy from the Republicans who will limit the importation of imported goods and support the production of similar goods domestically. While Democrat politics has no solution to bubbles.

However, if this were to happen it would lead to a US closure and other countries would inevitably form their own regional forms of monetary cooperation. That is, to create new reserve currencies based on baskets of currencies of member countries of regional unions.

Furthermore, bilateral agreements to pay for goods and services in specific currencies are entirely possible. For example, Saudi Arabia and China are already working to pay for oil in yuan. As a result, there is a transition to SWIFT alternatives.

The only deceased in the world economy for now is the euro which, thanks to the sanctions, has severed many commercial and economic ties. Hence, the value of the euro will also continue to fall.

Of course, in this scenario, regional monetary unions will not lead to an immediate collapse of the dollar, but its focus will increasingly turn to American producers and consumers. Namely, the isolation.

Perhaps, in this scenario, Bretton Woods can be considered a relic of the past, with a multipolar future. 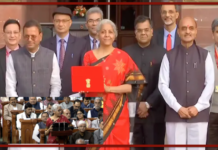 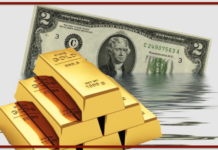 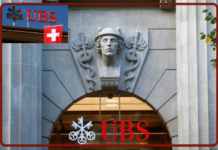 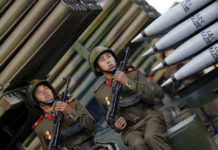 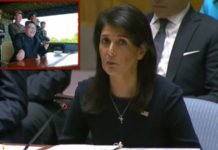